The Newby-McMahon building is called "The World's Smallest Skyscraper".

In 1919, a man convinced people to give him lots of money to build a skyscraper.

After the building was finished, the people tried to get their money back but a judge decided that because the people had agreed to the plans, no crime had occurred. 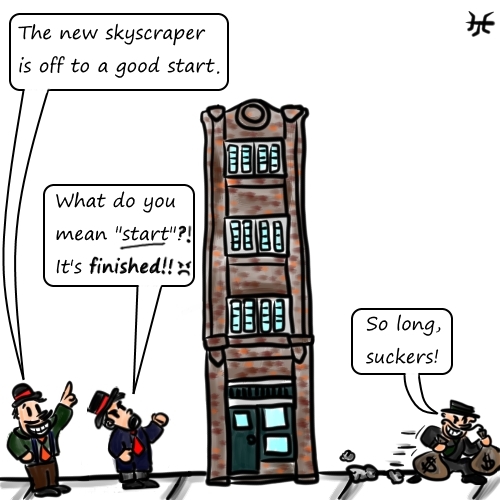